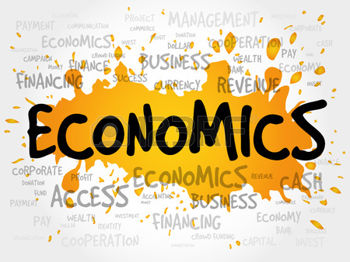 Accounting is about following rules and having a monotonous way of solving a problem. Economics is much dynamic in nature which makes economists farsighted and cautious.

The accountants mostly have to keep track of the money that flows in and out of the firm. And hence they consider just the explicit costs and ignores the implicit costs.

This is how an economist and an accountant calculates the total cost. The economist considers both explicit and implicit cost while the accountant focuses only on explicit cost.

Now, since there is a difference in the consideration of costs between the two, there has to be a distinction between the economic  and accounting profit.

Reema, a resident in Bangalore, is planning to open a bakery. She is dubious about her decision because she would have to give up her present job of teaching. She presently earns Rs. 500 per day. She decides to seek suggestions from her two friends Sanjay, who teaches economics and Tanya, a chartered accountant. The response she gets from both of them makes her more daunting and dubious.

When Reema loses the opportunity of earning Rs. 500 per day, Tanya does not consider this amount as a cost of Reema’s bakery business but Sanjay does. This is because an accountant of a firm only considers the monetary value that flows out of a business for the cost. Whereas an economist will definitely count the forgone opportunities as a cost because it will affect the future decisions in the business.

What if Reema’s teaching wages increases from Rs. 500 per day to Rs. 1000 per day? Maybe then she realises that the bakery business is costlier and calls off the business in order to resume her previous job.

Similarly, the profit that Sanjay will measure for her will be lesser than Tanya’s calculated profit of Reema’s business. it is because Sanjay has also deducted the opportunity cost(the teaching job) that Reema is giving up to start the business while Tanya does not consider it at all. This makes a dilemma for Reema to continue her job or to start a new business.

These are the aspects in which the amount of cost and profit differs when seen through the angles of an economist and an accountant.

Accountants and Economists are mutually exclusives. The latter can explain well the behaviour of a firm considering the future and past consequences while the former are good at following a set of principles to solve a problem. The relationship between the two is complex yet important.

​The views of historians and novelists  on sports and nationalism are worth noticing!

George Orwell, a novelist, defines nationalism as the worst enemy of peace. He says, “The abiding purpose of every nationalist is to secure more power and more prestige, not for himself but for the nation or other unit in which he has chosen to sink his own individuality.”

In his essay, “The Sporting Spirit,” Orwell says that sport can be just as violent as war. The idea of fair play is only a myth. The athletes feel the same hateful and violent feelings as do soldiers in combat. He called the sports as “war minus shooting.”

Sports act as the glue that binds people together and offers a collective identity at local, national and supra-national levels. It is one of the most emotional forms through which we experience and express our nationalism. The teams or the individual who plays at a national or international level does not represent religion or caste but the region and nationalities.

E.J. Hobsbawm, a British Marxist historian, in his book, “Inventing Tradition”  mentions the inventions of national tradition. According to him, Sporting pastimes, rituals, ceremony, institutions, costumes, anthems, symbols, plays are a great invention of tradition. Along with the participants, spectators of the sports event are also the symbol of being a part of the nation. Even any individual, who is present in the sports event cheering up, also becomes a symbol of his nation. Sport is important in the emergence of national identity.

On April 2, 2011, when we won the Cricket world cup, the streets of India were flooded. There were strangers embracing and sharing their praising words. It was not a matter of being a Hindu or Muslim, a lower caste or an upper caste. It was an Indian Identity that emerged and transformed a diverse community into united.    Ramchandra Guha, an Indian historian, and writer, in an article in Outlook magazine, said that the institutions that keep us together are those bequests of the British: the civil service, the army, the railways, and cricket. All the linguistic, pluralistic, regional, caste barriers are superseded by the feeling of brotherhood and nationalism.

The feeling of national identity even resides in the heart of Indians residing in other countries of the world. Indian Diaspora across the world rooting for the Indian team is the identity of a nationalist sentiment. It was clearly seen in the cricket match recently held in Florida. It was the first time when America hosted the international cricket match. Half of the stadium was filled with Indian immigrants. The national flags flying all over the stadium, people cheering the Indian players, praising India in a common voice, depicts the Indian Diaspora’s feeling of being a part of India. Sport not only has the power to influence community identity but the nationalist sentiments also. Sports manage to maintain the links between the Indian Diaspora and Indian culture.

Sports create a shared experience which inculcates a collective consciousness among the people. There is no powerful medium than sports to inspire and bring people together for a common purpose. Other than cricket, sports event like Olympics is of phenomenal importance to create a feeling of nationalism. Recently when summer Olympics were held in Rio de Janeiro, every Indian living in any part of India, belonging to any religion or caste realised that they are the part of a single identity “Indian”. The badminton women’s singles final between PV Sindhu and Carolina Marin was being watched by Indians sitting in different corners of the Nation. But they all shared a common thought. Irrespective of different caste, religion or region, they all had a common wish of PV Sindhu winning the finals. It shows how the citizens of our nation who holds different opinions and views for different incidents held the common imagination of winning the Gold medal. This is the strength of sports, which makes our nation united and brings us under a common umbrella.

Benedict Anderson, a historian, political scientist, and polyglot, calls the nation as an imagined community which is limited and sovereign, in his book “Imagined Communities”. The imagined community of millions of people in a nation  appears to be real when a few individuals or a team represent the whole nation. Despite various disparities, there are factors that bring the citizens of our country together, with common views – sports being the most important of all.

It is almost a conundrum whether we need to create a job first or to skill first.

But is it only the jobs that we require?

Even if the number of jobs are created in large numbers due to these missions, there is a need for a skilled workforce to make these missions successful. Success needs necessary skills. The youth population of any country is the driving force for its socioeconomic development. But the only way to utilise the young force efficiently is to channelise them properly. And hence skill development along with the employment plays a vital role in mobilising them.

India has the largest young population in the world, yet lacks in the skilled manpower. As per the labour bureau report 2014, the current size of India’s skilled workforce is only 2%.  India is facing the challenge of employability despite educated youth.

The government of India has proposed the skill India mission, which aims at providing a framework to meet the challenges of Skilling. The mission claims to skill over 40 crore people by 2022. The policy thus proposed is the National policy for skill development and entrepreneurship 2015. The slogan for the mission being ” Kaushal Bharat Kushal Bharat” i.e Skill India Successful India.

But is it only skill that a person will require to get a job or is it more than that?

It took around 50 years for us to make the  primary education compulsory. The skill requires being backed by the education. There has to be an improvement in the quality of school education along with the skill training. So that by the time students pass out they are skilled as well as well educated. This is when they will be called job-ready. This huge mismatch between education, skill training and employment cannot be ignored.

Stay tuned to read about the various challenges faced by skill India mission, the narratives behind the logo and much more in my upcoming blogs.

Are the mechanisms to solve Indian water disputes ambiguous and opaque?

In economic’s perspective water is a scarce resource which is to be allocated and used efficiently. It does provide the welfare to the citizens as it contributes to health, agriculture, and industries. Since the river crosses the states, the disputes are inevitable. India has been facing the water disputes at both centre-state and inter-state  level. The most prominent of all disputes, being trending in the news these days, is the Cauvery water dispute between Karnataka and Tamil Nadu. The others on the list being Punjab-Haryana over Ravi-Beas waters ,Krishna-Godavari disputes between Maharashtra, Andhra Pradesh, and Karnataka, Mahadayi water disputes and so forth.

India’s federal structure provides the Union list, the State list and the Concurrent List. The Union List consists of subjects of national importance, the State List consists of subjects of local interest, and the Concurrent List has subjects important to both the Union and the State. River issues hail under the state list but the regulations and development of water come under the union list. State government holds the power to allocate the river water to the riparian states. The inter-state water disputes Act, 1956 was legislated to deal with River conflicts and make laws to adjudicate the disputes. The provision of the establishment of tribunals (when  negotiations do not work) is also included in the act. Tribunals decide over the share of water to be given to different states involved. Which may, in some cases ,lead to the equality-efficiency trade-off. Although sometimes, states refuse for such tribunals and even after the intervention of union government, the water conflicts in some cases are yet left unresolved.

END_OF_DOCUMENT_TOKEN_TO_BE_REPLACED

why do people incessantly blow the horn?I have tried to mention some fallacies of honking. 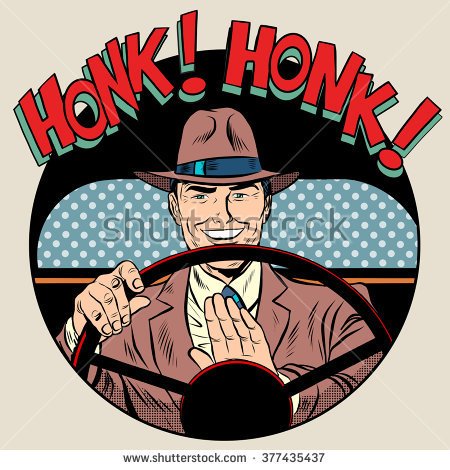 “I do not understand why they beep too much”

On the way back to home, travelling in a cab, half asleep, when I hear the cars honking on and on. The signal just changed to orange and  they honk so impatiently as if the vehicle in front of them will never move. I asked my driver why was he honking continuously when he knows that the vehicle ahead of us can only move when the signal goes green. He says that he has inhibited the habit of blowing the horn. I think horns and accelerators are pressed altogether. Accelerators make them move continuously with assistance and horns let them move without resistance.

Drivers usually do not like applying brakes as it will break their momentum so they end up honking. They make sure that they are heard by others that their work is more important and they want to reach their destination earlier than anyone else on the roads. No matter what they are driving, a bike , a truck, a 4 wheeler or even  a rickshaw, they will honk unnecessarily. I suppose that horn is a more important unit in a vehicle than any other parts. Why even the side mirrors and dippers  provided in the vehicles when they are not used. END_OF_DOCUMENT_TOKEN_TO_BE_REPLACED